Man, Super Dad continues to outdo his super-ness like the super-hero he is. This week he has been putting in extra long hours at La casa de Soto to do all the preparation (which, let me tell you, involves A. LOT.) to be ready to pour concrete bright and early, Saturday.
So many times I find myself in his presence, just staring, literally speechless, observing his stamina, his fortitude, his determination, his perseverance, his strength (physical and mental) as he literally labors 10+hours squatting, bending, digging, cutting, pouring his sweat and blood (like today after a slight outburst of a swear word, he comes in merrily with big smiles asking if I have a band-aid trying to hide the fact that he is compressing his thumb ever so tightly under his armpit to stop the bleeding).
So often I ask myself why he willingly chooses to do this. Why he continually asks if I’m pleased, whether I approve, offering to do anything I request. I know the answer deep down but I don’t want to admit it. Probably because I feel so guilty as I see the sun glistening on his sweaty, browned neck or his chaffed knees caked with mud or his stiff walk from a sore back and burning shoulders. And I know, I don’t deserve it. Any of it.
But I can’t deny for too long the words I heard with my own ears over a brief exchange he had with our nice & nosey inquisitive neighbor who clearly admires him and is taken back by his atypical fatherly charity:
NN (Nosey Neighbor): “Man I don’t know how you do it”
SD (Super Dad or Studly Dad): It’s Love!
One simple word yet it means so much.
And I am humbled.
(I know I’ve said it many times or eluded to this before but…) His very presence and quiet laboring of love is such a powerful witness and continual reminder to me of our Heavenly Father’s love. I am so blessed to have a father who models the gracious, compassionate, undeserving, unconditional love of our Eternal Father.
“Just as a father has compassion on his children, So the Lord has compassion on those who fear Him”
Psalm 103:13
So as the title says, we’re down to the wire and Super Dad has been feeling some pressure because there has been much to do in so little time 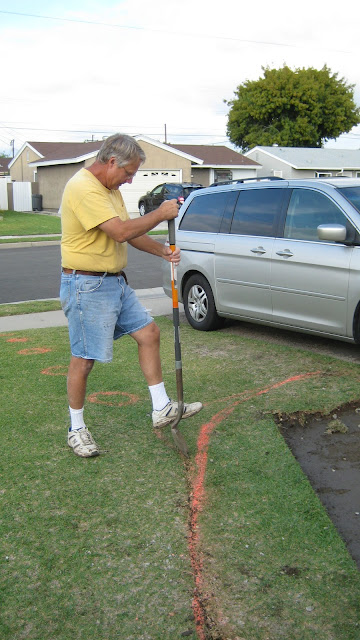 so he finally caved in and called in some extra help… 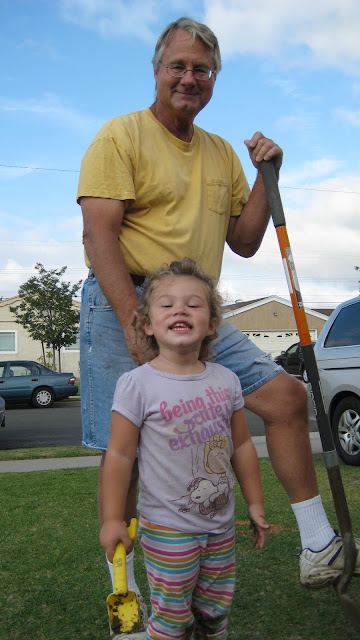 Even with the deadline weighing on him, he has remained cheerful and continues to have fun and be the incredible Bapa he is. See what I mean, adding 40 pounds of weight and he’s happily giving Spicy a ride on the moving grass as she lets out some good belly laughs... 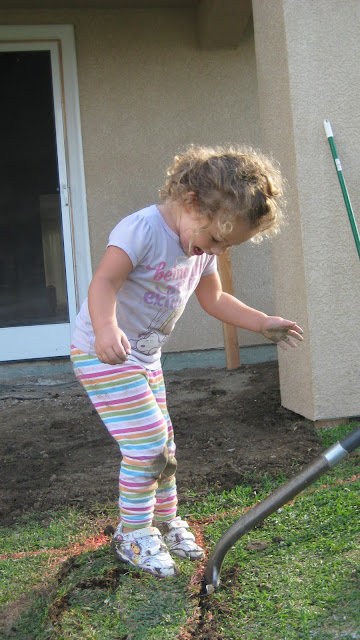 It’s been a family affair lately: 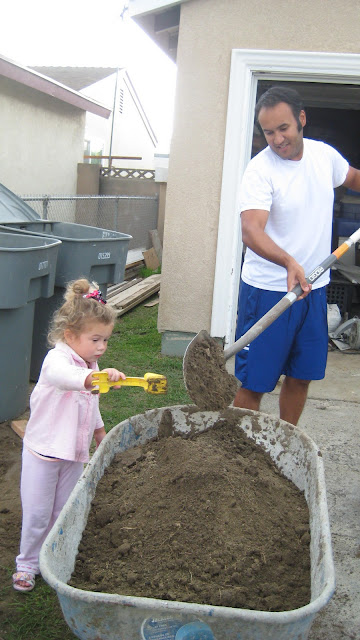 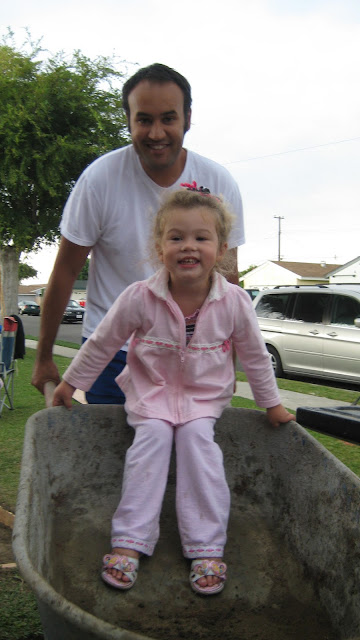 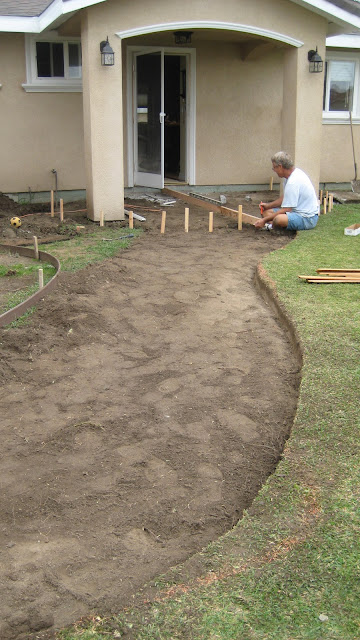 He had to come up with some very ingenious ideas and work-arounds. And to think, he has never done this before…huh! 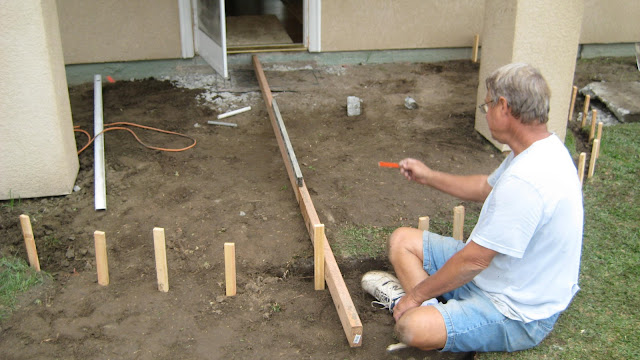 See the muddied knees? See why I am humbled and guilt stricken? 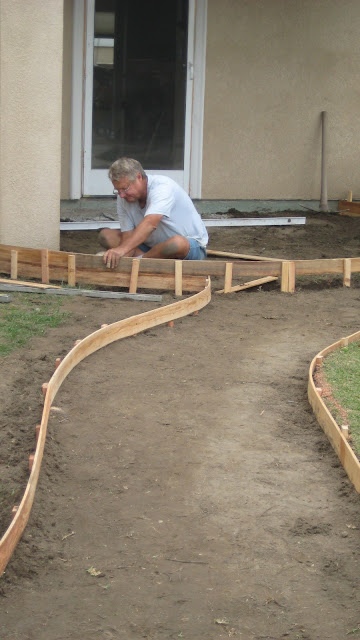 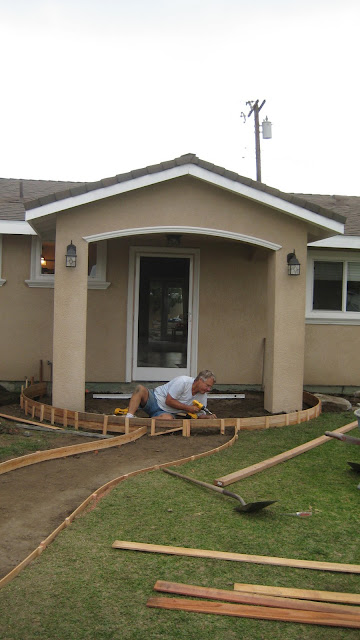 So a quick reminder where we were. Before… 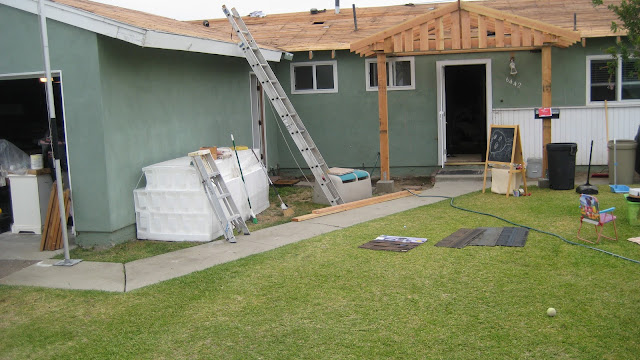 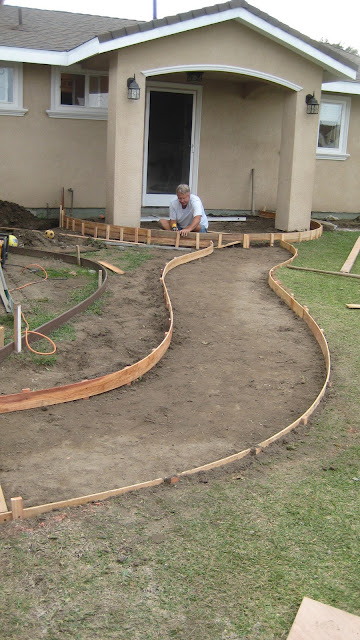 Slowly but surely, it’s coming together 🙂

← Three’s a CHARMer
Out With The Old, In With The New →