What can I say? I’m a sucker for those French female names! 😉

As the 4th child, I will definitely need a hard worker by my side. And I have a sneaking suspicion she will fulfill her name’s significance. She is definitely working hard in the womb. Girl, you never stop moving! Some history: Dean and I encountered the name as he was reading off a list of married saints. Along with Victoria, it was the only name (of more than 40) that captured both of our attention. (And this was after I had poured through 3 thick books consisting of thousands of names) I prayed over the course of a month or so and received my confirmation. The name Dominica began as a bit of a joke. We had the name Dominic picked out for a boy. When we discovered baby’s sex was female, Auntie Nini asked if the name would be Dominic-a. I chuckled thinking it was just a  silly made-up female version but a few weeks later, it came to my mind out of nowhere and I couldn’t get it out. Once Dean confirmed it was a “real” name, it became a top 3 candidate. And once Amelie was decided, we thought it flowed nicely as a middle name, and it appeased Miss Spicy since it was her top/#1 pick. 😉

Just the other day, Alizea said “No, I changed my mind. I love Amelie for her first name” Phew! It’s so neat to hear big sis already talking to her by name and jumping up and down at the mere anticipation of holding her and kissing her.

My precious baby, I cannot wait to put your name to your face and gaze upon your goodness. 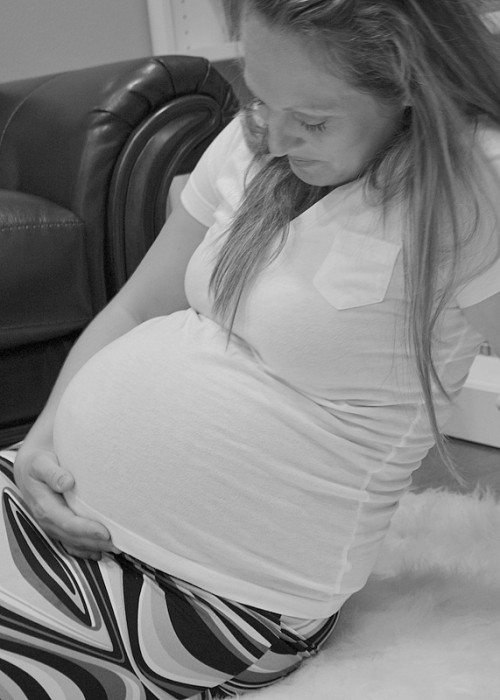 Until then, I will endure the aches and pains and major discomfort as best as I can. (Just don’t come around after 8pm when I have a free pass for complaining how badly my lower back, feet, and other body parts to remain nameless are throbbing)

← Sweet Child of Mine
Big Sister, Little Brother (& a trip for the middle one) →

4 Responses to Her Name