(The man got some things right on) 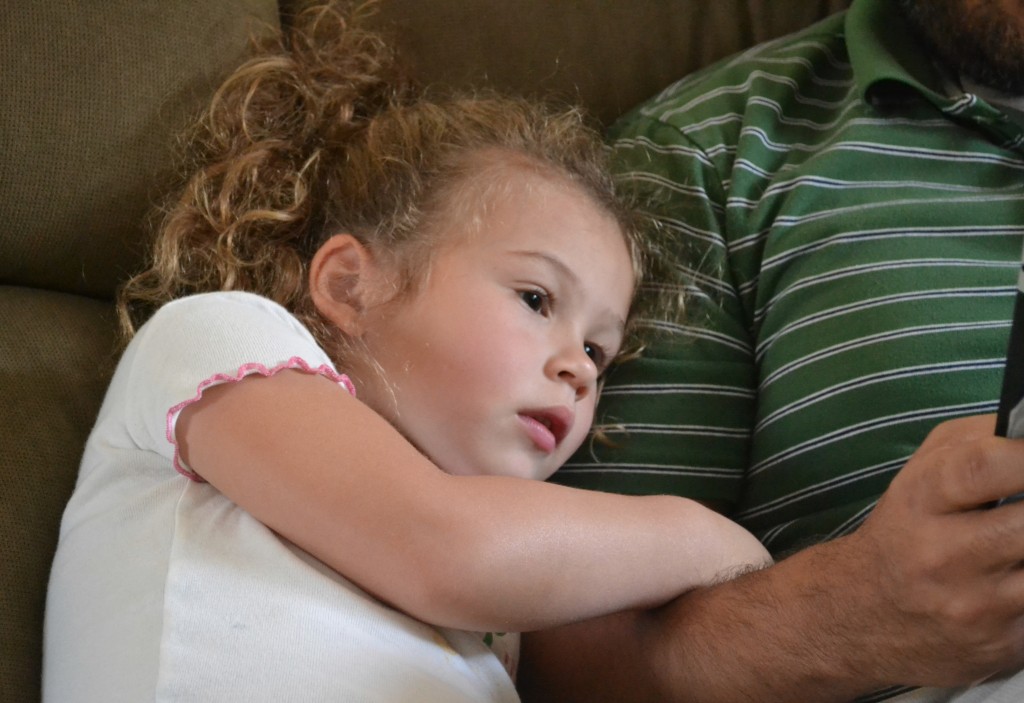 There is something very special going on between these two.  Spicy just adores him. She cannot wait until he gets home, drops whatever she is doing to sprint to greet him and follows him around e.very.where. She is all about him until she goes to sleep. She thinks the world of him and his imaginative pretend play. She can’t be too close. She scoots her chair over at the table until it is touching his 😉 He can be a little harsh on her at times but I think she understands (most of the time, the other times, he apologizes, asks for forgiveness and lessens the punishment) that it’s because he knows she can be better and wants the best out of her. The other day when Dean took the girls to the park, she said she always wanted to make him proud. Be still my heart 🙂 They are very similar and Dean says she reminds him a lot of when he was a little boy and although that can be challenging at times, I think there is a sense of deep understanding and knowing what works for her. So often I catch myself  about to say “You, what???” and then a few seconds later (or much later, other times), amazed by the effectiveness of his approach. And now that Daddy has enrolled himself (as a real, no kidding student) in the CLAA, her enthusiasm for her schooling has increased and he will be able to help out a lot in the coming years as he stays a few steps ahead and the curriculum gets tougher.

I am so grateful that Dean understands, embraces and fulfills his God-given role in our family as spiritual leader, provider, protector, initiator and accepts the authority he possesses, exercising it with respect and love.