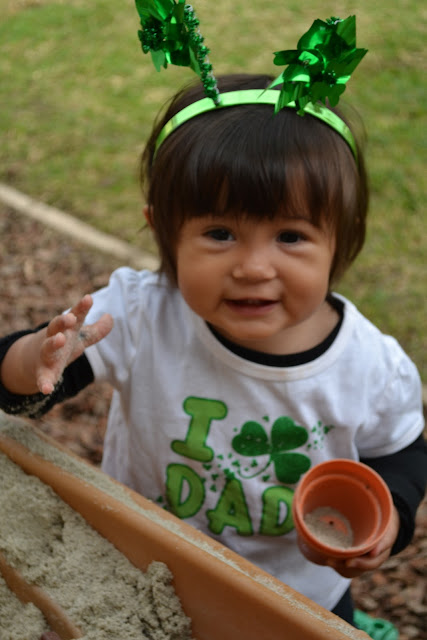 First of all, I can’t believe it’s been a whole year since this post. I remember taking those shots and writing that post like it were yesterday. Ok, maybe not yesterday, but you know what I mean. Anyway, do you know why we do anything differently today? Why we might say “Happy St Patty’s day” to one another or why we might wear green and eat festive different foods? Yup, it’s that darn Catholic Church again and one of her most famous Saints. I think everyone who celebrates today in one way or another should know the reason for the grocery stores filled with green exotic flowers and dyed, scrumptious cookies. Do, read on…
St Patrick (415?-493?)
Legends about Patrick abound; but truth is best served by our seeing two solid qualities in him: He was humble and he was courageous. The determination to accept suffering and success with equal indifference guided the life of God’s instrument for winning most of Ireland for Christ.
Details of his life are uncertain. Current research places his dates of birth and death a little later than earlier accounts. Patrick may have been born in Dunbarton, Scotland, Cumberland, England, or in northern Wales. He called himself both a Roman and a Briton. At 16, he and a large number of his father’s slaves and vassals were captured by Irish raiders and sold as slaves in Ireland. Forced to work as a shepherd, he suffered greatly from hunger and cold.
After six years, Patrick escaped, probably to France, and later returned to Britain at the age of 22. His captivity had meant spiritual conversion. He may have studied at Lerins, off the French coast; he spent years at Auxerre, France, and was consecrated bishop at the age of 43. His great desire was to proclaim the Good News to the Irish.
In a dream vision it seemed “all the children of Ireland from their mothers’ wombs were stretching out their hands” to him. He understood the vision to be a call to do mission work in pagan Ireland. Despite opposition from those who felt his education had been defective, he was sent to carry out the task. He went to the west and north, where the faith had never been preached, obtained the protection of local kings and made numerous converts.
Because of the island’s pagan background, Patrick was emphatic in encouraging widows to remain chaste and young women to consecrate their virginity to Christ. He ordained many priests, divided the country into dioceses, held Church councils, founded several monasteries and continually urged his people to greater holiness in Christ.
He suffered much opposition from pagan druids, and was criticized in both England and Ireland for the way he conducted his mission.
In a relatively short time the island had experienced deeply the Christian spirit, and was prepared to send out missionaries whose efforts were greatly responsible for Christianizing Europe.
Patrick was a man of action, with little inclination toward learning. He had a rocklike belief in his vocation, in the cause he had espoused.
One of the few certainly authentic writings is his Confessio, above all an act of homage to God for having called Patrick, unworthy sinner, to the apostolate.
There is hope rather than irony in the fact that his burial place is said to be in strife-torn Ulster, in County Down.
What distinguishes Patrick is the durability of his efforts. When one considers of Ireland when he began his mission work, the vast extent of his labors (all of Ireland) and how the seeds he planted continued to grow and flourish, one can only admire the kind of man Patrick must have been. The holiness of a person is known only by the fruits of his or her work.
(This entry appears in the print edition of Saint of the Day.) 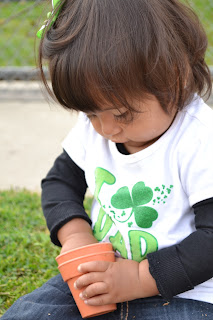 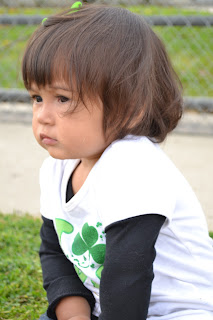 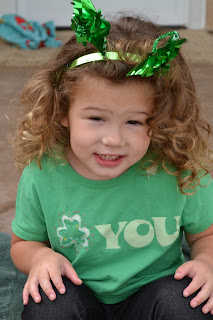 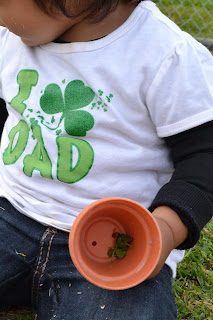 And of course, this was the best (& only) shot I got of them together! Aye caramba! 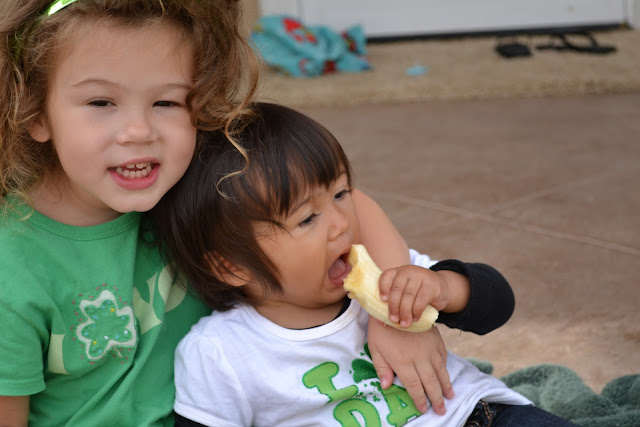 Hope you didn’t get pinched today!

← Spicylocks
The Case of the Missing Kidney →